- October 20, 2015
Today I am sharing an ATC I've stamped with Tim Holtz stamps, but before I do thank you to everyone who played along with my little game yesterday. You were correct in saying it was a 3½-inch floppy disc. I have got so many of these laying around the place and I love to recycle so it seemed the perfect base for a little wall hanging.
I put everyone's names into a tub and got my youngest to pick one out, the lucky winner is.....Lyneen! Please drop me an email at happycraftershell@gmail.com with your address and I will get this and some other goodies in the post to you x 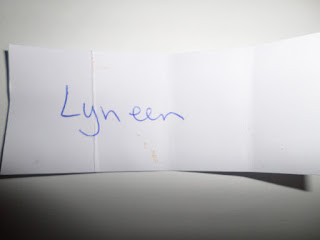 Here is my ATC for today. 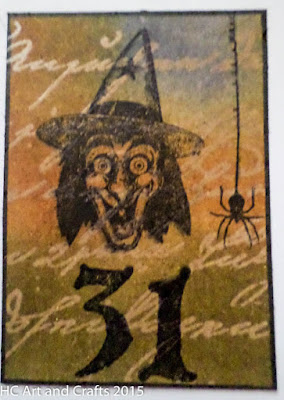 DonnaMundinger said…
Congrats to Lyneen! And what a fun ATC you have for today. Love the witch and how you've done the background, Shell. xxD
20 October 2015 at 17:32

lilyandthelotus.blogspot.com said…
I love your Tim Holtz act. fun and wonderful
21 October 2015 at 01:22

Popular posts from this blog 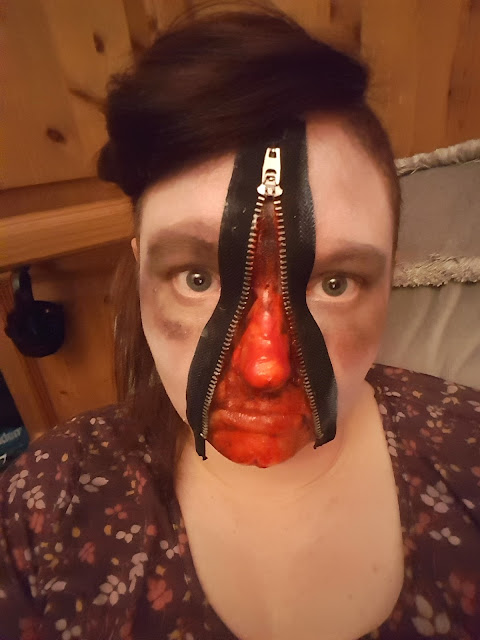 Well I made it!! This month seems to have flown by. I would like to say a massive thank you to everyone who has stopped by and left me some love. Also apologise if I deleted any messages, turns out thst is dead easy to do from my phone without even realising! Today I am sharing a different kind of art, I am sharing my halloween costume, I have wanted to give this zip look a try for a while now and I am rather pleased with how its turned out! Same time next year folks??
Read more 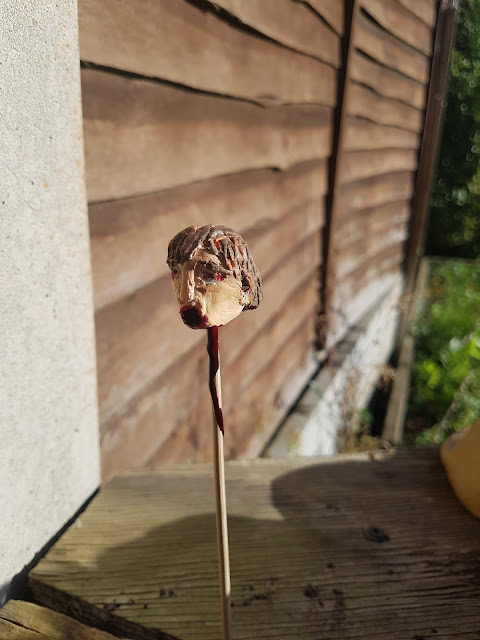 I can't believe we are almost at the end of this month! Today I'm sharing the story of Tom the pumpkin thief. Tom was a lazy man, he would always leave things until the last minute then take the easy option rather than working for what he needed. One day a rich man offered Tom a handsome fee is he could buy and carve the biggest pumpkin he could find for him. Tom accepted the offer, rather than go out and look for a pumpkin he sat back in his little house and let time fly by while drinking Ale. When it came to the day he was supposed to deliver the pumpkin Tom went out on the hunt, he came across a little log cabin surrounded by bizarre wooden carvings and strange stuffed creatures. Most people would have been scared at the sight, but Tom has his mind on only getting his pay so when he saw the biggest most awesomely carved pumpkin he had ever seen he had to have it. Tom wrapped the pumpkin in a blanket and lifted it onto a near by wooden cart as it was far to heavy for him
Read more 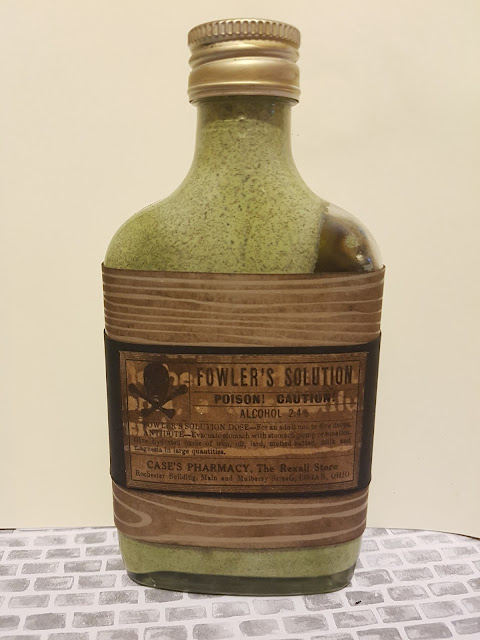 Today I am sharing an altered bottle. I've used a mixture if distress stain, mode podge and distress powders for the inside...I think once the glue dried more it will look even better. On the outside I've used some card stock from Stampin Up and an a piece from a sheet of Tim Holtz card stock that has been covered over with distress inks.
Read more